Looking Back – My Time in Kenya

(Note: The photos in this post look degraded because they were scanned from old prints taken before I had a digital camera.)

In the summer of 1997, after my first year in seminary, I went on a short-term mission trip to Kenya. I had lived my entire life up to that point in the southeastern United States (although I had visited other states, Canada, and the Bahamas). Visiting a third world country was a time of stretching myself and stepping out of my comfort zone. When my plane at the Raleigh-Durham airport began moving, I thought, “What am I doing?!”

This trip provided a great perspective on how well we have it here in the United States. I stayed each night in Kisumu. Almost every day my group rode a van to Sondu, a rural village about an hour from Kisumu. Almost every building was made of mud and sticks with rusty tin roofs. Over the week I probably walked down every road and passed every building in this village, but I did not see any paved roads, plumbing, or electricity.

Our task was to speak with people, explain the gospel, and invite them to meetings with the new church we were helping to start. I found most of the people to be hospitable and willing to talk. I had a translator, but most of the people knew English well enough to speak directly, with the exception of the very old and very young. It was normal for people there to know three languages: their tribal language (Luo in this village), Swahili (inter-tribal language), and English.

The church met in the dental clinic near the village entrance. 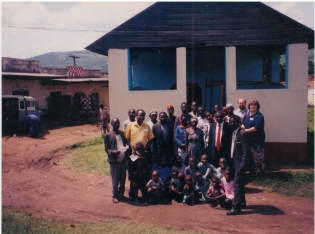 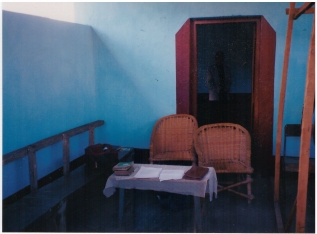 My professor told another student (Bryan) and me that each of us would preach one Sunday, I told him I knew nothing about writing sermons or preaching. He said not to worry because many of he preachers there did not prepare at all. They would simply preach on the fly. After some thought I decided to teach Romans 6:23. I explained each point and added some cross references to other relevant verses. Everyone was interested in what I said.

Each day in the village we would eat locally prepared foot in one of the huts. There was one vegetable that they served each time which I did not like, but I always ate some of it to be polite. The rest of the food (soup and ugali) was fine. One day when we were eating a chicken and vegetable soup, another chicken walked under my legs. I thought, “Well, there is tomorrow’s lunch.”

One day we went to the village school, which consisted off two classrooms. One of my professors and his wife spoke with grades 5-8. Bryan and I spoke to grades 1-4 (all in one room). Afterward we all went outside to take pictures.

After we took the pictures, Bryan stretched out his hand. The children rushed both of us. I had three or four children at a time shaking each hand, all yelling with excitement.

After our work in Sondu was complete we rode the van to Brakenhurst near Nairobi and stayed there for one or two nights. During that period we visited the game preserve. I saw these lions by the road. I was probably only ten feet from these lions. Notice the good advice on the sign. 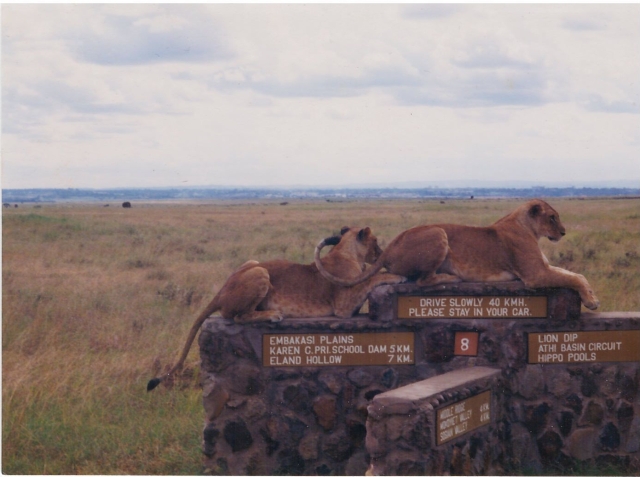 It is an eye-opening experience to visit other countries with vastly different cultures. It provides a wider perspective on the world. It is also a time to stretch yourself by leaving what you take for granted each day. Despite the differences, however, I was welcomed by the people there. The following years at school I also formed friendships with fellow students from Kenya. I hope to visit more countries and expand my exposure even more.

I am a graduate from Southeastern Baptist Theological Seminary with a Ph.D. in Systematic Theology. I am interested in Christian theology and church history. I also enjoy science fiction and stories which wrestle with deep questions.
View all posts by henrywm →
This entry was posted in Travel and tagged Travel. Bookmark the permalink.

1 Response to Looking Back – My Time in Kenya